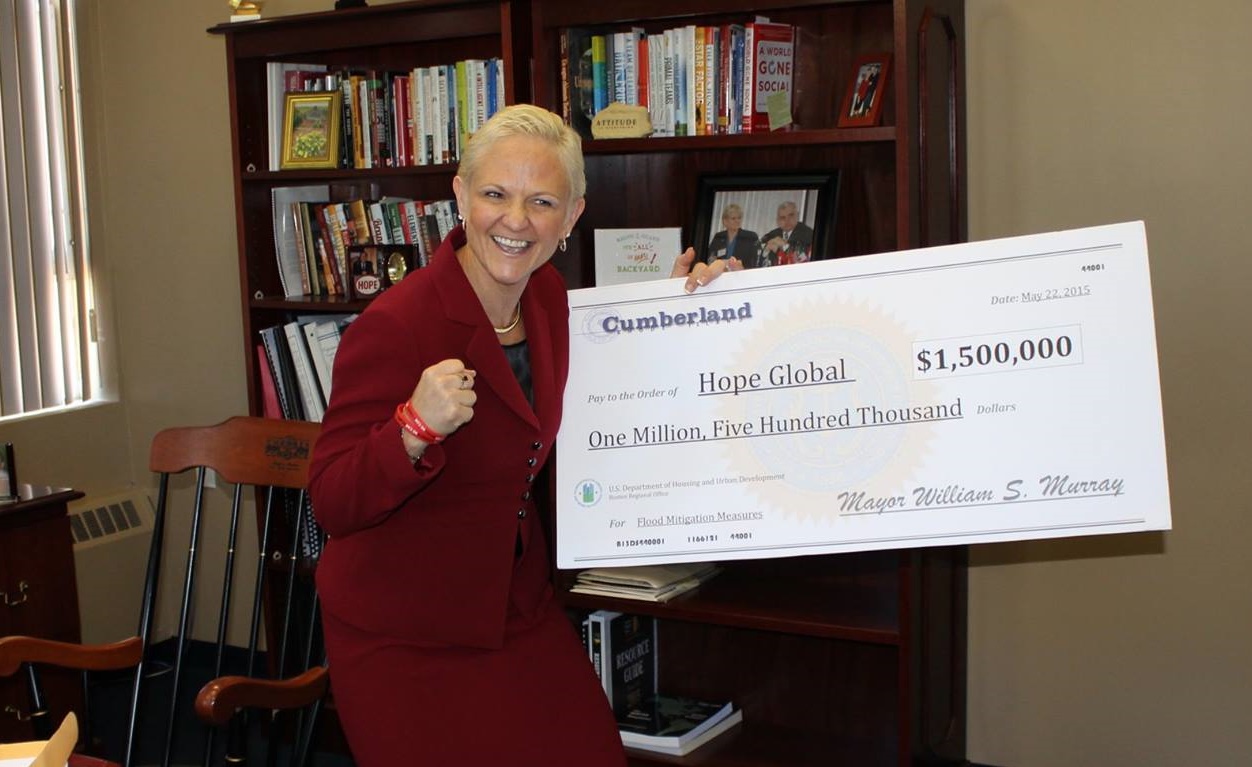 Hope Global has been on the banks of the Blackstone River since 1883.

It is thriving, having adapted to the demands of the automobile industry, as well as making material for the military.

But, after floods in 2005 and 2010 halted work at the company and forced huge clean-ups, business owner Cheryl Merchant looked at her options. She decided the only smart thing was to move out of state.

“It was on the books,” Merchant said. “We were moving.”

That’s all in the past now. Hundreds of jobs have been saved thanks to grant funds, as the federal congressional delegation came through on Friday with a $1.5 million community block grant for disaster relief.

That means Merchant will be able to outfit her machinery to be raised off the floor during the next flood. All her company’s office computers will be moved to the second floor.

“We have taken all of our corporate it and massive amounts of servers and they’ve been raised upstairs,” Merchant said.

The change will make her company safe, and preserve the 250 jobs in Cumberland.

Rep. David Cicilline said the company is expected to grow.

“We want to make sure they do it right here in Rhode Island,” he said.