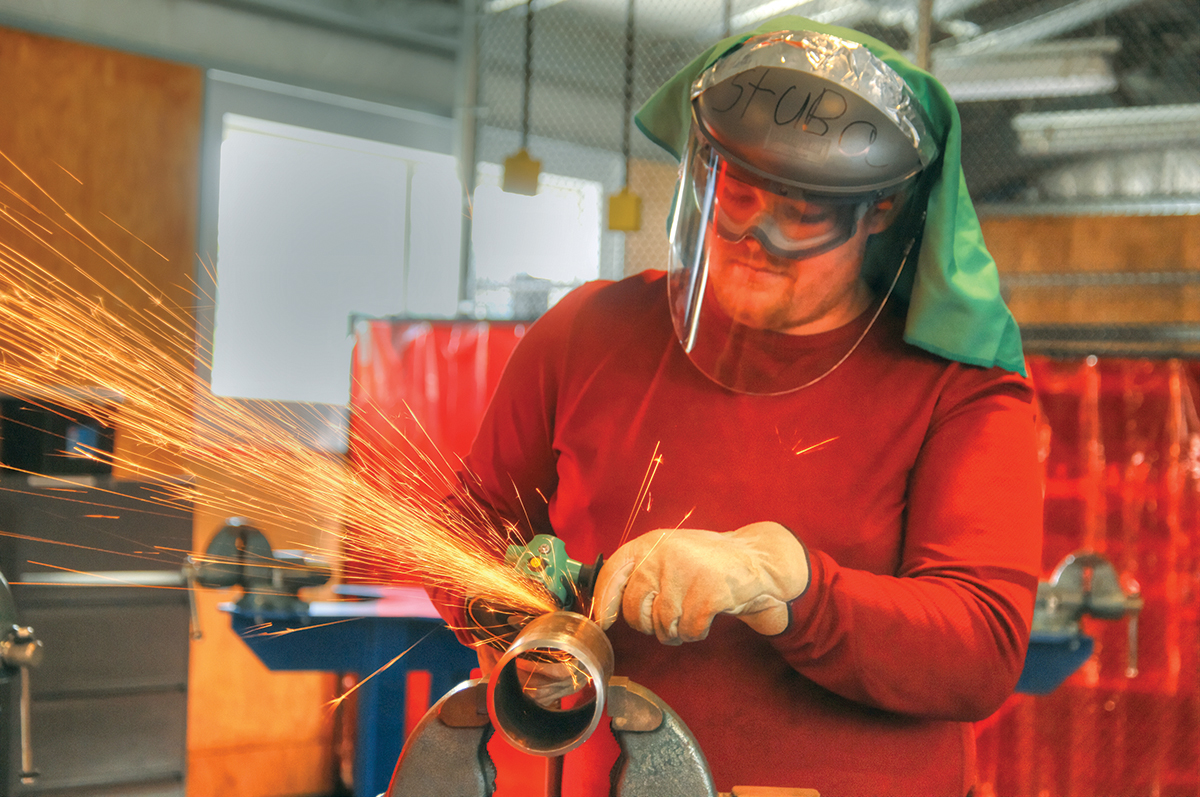 In the last few years, manufacturing in Rhode Island is on a growth spurt of sales, productivity and plant modernization, and that’s led to one of those “good” problems. Similarly, new construction projects are showing up across the state, from bridge and road rebuilding to new business and residential projects in downtown Providence.  And in both cases, companies are scrambling to find workers to fill jobs on the factory floor and on the job site. The concept of supply chain management – usually associated with hard goods such as metals, chemicals, and other raw materials – is moving into human resources offices. Companies are thinking of workers as a commodity requiring more and continuing investment.

Manufacturers and contractors are gearing up on all fronts to recruit workers and create a pipeline to talent for the future, including a fresh emphasis on partnerships among companies, trade associations, educators and government. Companies are recruiting job applicants by every method in the playbook. They are doing new-worker training and incumbent-worker retraining because factories are more automated, computerized and reliant on workers’ initiative than ever before. They are hitting the road, visiting schools and community groups to describe contemporary manufacturing and construction jobs and workplaces to ever-younger audiences, even into high and middle schools. Manufacturers are opening factories to visitors to convince potential employees that these places are no longer dark, dirty, dangerous dens of low-paying jobs – an old image embedded in many Rhode Islanders’ minds, while builders are engaging interns to learn the ins and outs of the construction trades.

Rhode Island’s contemporary factories now are more likely to be bright, clean and filled with sophisticated, computer-guided machinery. Many are air-conditioned. “We tell people, ‘We work hard, but we don’t sweat,’ ” said Michael Black, president, and CEO of National Marker Co. in North Smithfield, which started out by making safety signs and has moved into sophisticated printing technologies. Thirty years after the decline of Rhode Island manufacturing in the 1980s and 10 years out from the Great Recession that clobbered manufacturers across the nation, how did we get to a time when companies are scrambling for workers? The state has about 1,600 manufacturing businesses, said David Chenevert, executive director of the Rhode Island Manufacturers Association. At 4.1 percent in July, unemployment in Rhode Island is low, and all employers are competing for labor.

“There are more jobs than unemployed people in the country right now,” said Wendy Mackie, CEO of the Rhode Island Marine Trades Association. “Getting people to work for you and retaining them is just going to be everyone’s problem.” “It’s a supply challenge, probably not exclusive to manufacturing,” said Steven Kitchin, vice president of corporate education and training for New England Institute of Technology. “It is across the entire labor demand continuum and across industries.”

In need of a workforce

Some workers dropped out of factory jobs during the contractions of the 2008 recession. “When manufacturing companies were down and the whole country was having a bad time, [Rhode Island] lost a lot of workers,” said Cheryl Merchant, president and CEO of Hope Global. Merchant and many others noted that Rhode Island manufacturers have an aging workforce. “It’s not uncommon to have 40- or 50-year retirement parties,” Merchant said. Amy Gryzbowski, executive director of the Westerly Education Center, which does a lot of training for new hires at General Dynamics Electric Boat, said the company has had 10 percent attrition a year in its workforce, mostly because of retirements. A happier side of the struggle to find manufacturing workers is that manufacturing is on a strong growth trend in Rhode Island.

Statistics from the state Department of Labor and Training show manufacturing on a roller-coaster ride since before the recession. In December 2006 there were 51,800 manufacturing jobs in Rhode Island. By December 2012, that number had dropped to 39,500. In July 2018, the number of jobs stood at 41,200. In the past calendar year, July 2017 to July 2018, 800 jobs were added to the state’s manufacturing sector. And while that growth rate was a modest 2 percent, it was still greater than the overall state job growth rate of 1.9 percent for the 12-month period. Chenevert said, “There’s a resurgence of manufacturing across the country. Lots of offshore work is coming back. We are seeing expansion, investment, and new equipment.”

Referring to Swissline Precision LLC, a Cumberland company he used to own, which is now run by his son, Chenevert said, “Orders are rising; quotes are incredible. Sales in the last year are up 10 percent from gross sales of the previous year. Manufacturers are very upbeat.” They aren’t the only ones. The construction sector workforce hit an all-time high in Rhode Island in 2006, employing 22,791 workers. By 2011 that number had fallen to 15,680. But in July it stood at 19,200, with employers consistently calling for more workers, here and across the United States. Manufacturing share of employment: Rhode Island ranks fourth in New England for the percentage of its workforce that is employed in manufacturing.

Who are the candidates?

One line of attack at the problem has been recruitment, via LinkedIn, ZipRecruiter, job fairs, career days at secondary and postsecondary schools, direct talks with high school guidance counselors and people in postsecondary technical schools such as New England Tech. Some company chieftains and human resources people say high school students and young adults simply haven’t considered a career in manufacturing or construction, partly because of the emphasis in high schools in the recent past was to aim kids toward four-year college degrees. But there are plenty of people who are not inclined or suited for four-year college programs, who like to work with their hands and solve technical problems, and who can be earning a wage in manufacturing and construction just a few years out of high school.

“When my kids were in high school, everything was oriented toward preparing them for college,” said Michelle Jacques, human resources manager at Tiffany & Co. in Cumberland. “In the last generation we lost sight of the trades, and we really have a lot of catching up to do.” Jacques mentioned a young man in a general studies program at Community College of Rhode Island who showed up at Tiffany last summer for a strictly temporary job opportunity. He was smitten by the kind of work happening there. He changed his major to engineering, and he continues to work at Tiffany in an intern slot extended for him because of his enthusiasm. “You have to help people figure out what they are good at and how to apply it,” Jacques said.

Also, people often don’t realize how advanced manufacturing work has become. Many executives said visitors to their facilities are astonished by the working conditions. Compared to decades ago, said Black of NMC, factory floors are now brighter, quieter, safer, more efficient, more computerized. They are places where fewer employees produce a greater output and employees are more self-directed. Merchant, of Hope Global, said, “The world of manufacturing is more than just the factory floor. It requires a huge variety of technical abilities. Manufacturing needs skills at all levels: dependable, hardworking people who aren’t trying to be the chief; skilled technicians; people with backgrounds in engineering and IT and accounting.” Even when manufacturers find good potential employees, even educated and skilled employees, training is still needed for specific needs and proprietary processes. Mid-career training for incumbent – or existing – employees also is necessary.

An assortment of grants for training is available from the state DLT and the Governor’s Workforce Board. Three programs run by this board include Real Pathways RI, which uses partnerships to serve people with barriers to unemployment, including veterans, homeless people, and the long-term unemployed. Another is the Work Immersion program, which offers up to 50 percent wage reimbursement to companies that give temporary employment to certain college students and unemployed adults. Also, the Incumbent Worker Training Grants provide 50 percent wage reimbursement for approved continuing education programs for existing workers. One state grant program that earns very high praise from companies is Real Jobs Rhode Island, created in 2015.

Real Jobs RI differs markedly from the old “training and praying” model, in which tech schools trained students and then tossed them into the job market, hoping they would find a slot for their skills. In contrast, Real Jobs RI starts by asking Ocean State companies to describe exactly the skills they need and then designs training programs to fit the need. Training in this demand-driven model is often a combination of work in the classroom – at Rhode Island colleges and trade schools, as well as the unique public/private entity that is the Westerly Education Center – and on the factory floor. Real Jobs RI is described as “collaborative, flexible and business-led.” The program awards training grants only to industry-based or regional partnerships. A partnership is defined as “collaborations of no fewer than five employers, two other strategic partners (such as a college, university, or nonprofit), and a lead entity.” Real Jobs RI has provided $16 million in workforce development strategies since 2015, said the DLT. Since its inception, it has provided training money and support for 2,200 new hires; continuing education of 1,221 workers; and 144 high school and 45 college internships.

The state has three partnerships specific to manufacturing. One of them is Rhode Island Manufacturing Growth Collaborative. The lead applicant is Polaris MEP. Ten companies are named as employer partners. The strategic partners are RIMA, RIMTA, the IYRS School of Technology & Trades, Workforce Performance Solutions, University of Rhode Island and CCRI. Expressing a widespread admiration for the Real Jobs program, Mackie, of RIMTA, said, “Real Jobs RI is blazing trails in demand-driven workforce development. [DLT Director] Scott Jensen is a visionary. We are lucky to have him.”

Associated Builders and Contractors Inc. is a national trade group with chapters in the states. The Rhode Island chapter operates the Rhode Island Construction Training Academy, which has been running formal apprenticeship programs for 25 years. Kristen Brescia, director of training for the academy, agrees construction firms in Rhode Island are in dire need of skilled workers in all disciplines. The trades taught at the academy include carpentry, craft laborer, electric, HVAC, painting, pipe fitting, roofing, sheet metal work and sprinkler fitting. “There are shortages of workers in all areas of the trades,” she said. Training periods can range from two to five years, depending on the trade, Brescia said. The school enrolls 250 to 260 students a year. About 90 percent have been hired by a company and sent to the school for apprenticeship training. Since about 2008, the school’s enrollment mirrored the ups and downs of construction activity in Rhode Island, Brescia said. In the 2009-10 school year, when the recession was squeezing the economy, enrollment in apprenticeships took a dive. She said enrollment has been picking up since 2014, as the need for skilled construction workers has been rising.

The state ABC chapter is focusing on reaching middle and high school students with the message that the construction industry offers training and lucrative jobs. In an Aug. 27 interview with Fox Business, Michael Bellaman, the CEO of ABC, said the group has more than 800 partnerships nationwide that are offering training to 200,000 people right now. Bellaman said someone leaving high school could go into training in these trades and earn $30,000 to $40,000 at a first job, moving up to pay of $65,000 to $70,000 within four years, with no college debt. 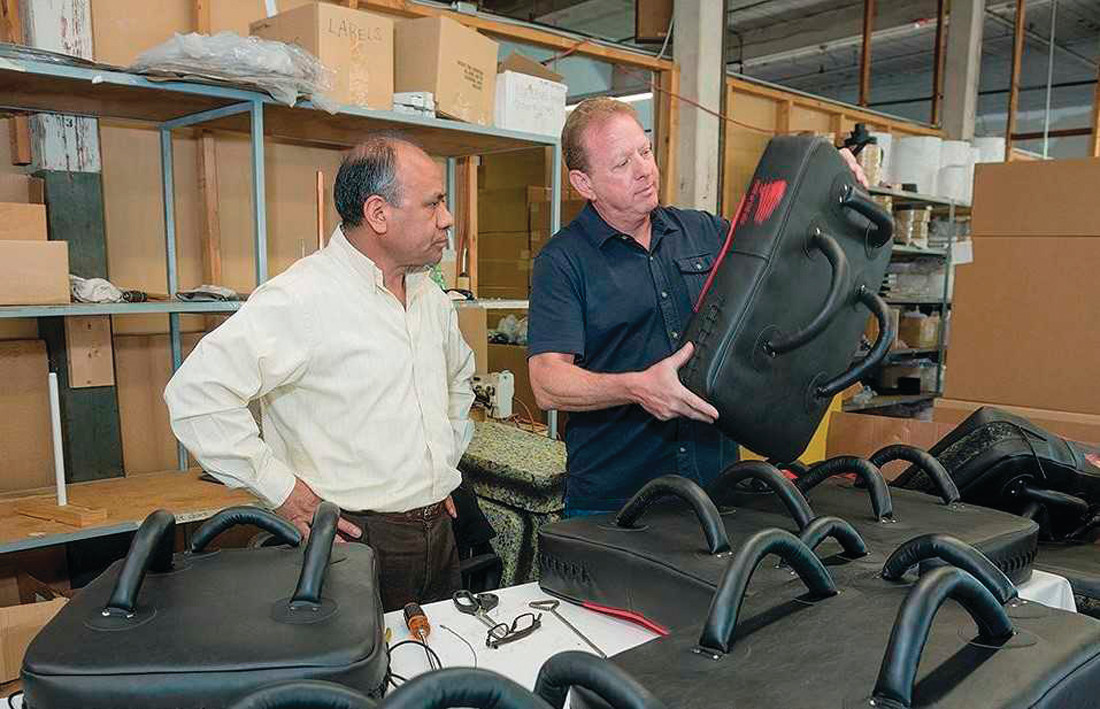 The reason for the change?