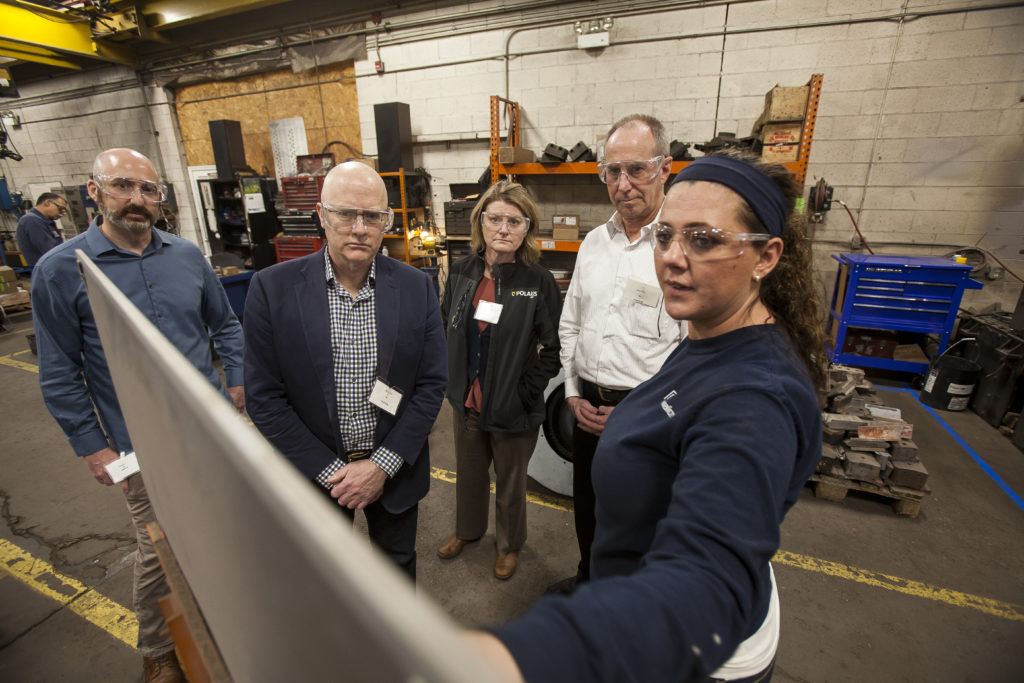 Women in Manufacturing on the Rise

For over a decade, the U.S. has encouraged engaging women and other minorities in the STEM fields. As manufacturing continues to follow a highly technological path, manufacturers/industry leaders are recognizing this valuable source of talent. And women are interested! Women in Manufacturing conducted a survey of over 800 women in the manufacturing sector regarding their perceptions of the industry as a viable career choice. The survey found almost 74% believe the sector offers multiple career paths for women; approximately 50% felt the sector is a leading industry for job growth, and 64% stated they would recommend a career in manufacturing to younger women. By now most people have heard of the skills gap the manufacturing industry is facing. According to Craig Giffi, Deloitte LLP vice chairman, “the cumulative manufacturing skills gap – or the positions that likely won’t be filled due to a lack of skilled workers – will grow to two million between 2015 and 2025.”

Manufacturers may find a solution to and fill the gap by encouraging, recruiting, and retaining women into manufacturing. Quality Magazine recently suggested there are several ways to ensure the trend of women in manufacturing continues to increase. They encourage manufacturers to recruit, retain, and support women in the industry by   “increasing the visibility of women leaders and mentoring the next generation of women in the industry.” FABTECH also offers strategies manufacturers can employ to build this future talent pipeline. For example:

Not only can encouraging women to pursue manufacturing roles increase production, their presence builds a diverse environment that has beneficial impacts on a business’ bottom line. Women in manufacturing can add innovation, creativity, and a varied perspective. But that’s not all. Harvard Business Review contributor Amanda Weinstein, assistant professor in the Department of Economics at the College of Business Administration within the University of Akron, reviewed Census data on female labor participation from 1980 to 2010 across 250 different cities in the U.S. Her research indicates that for every 10% increase in the number of women working in manufacturing, overall economic impact increases by at least 5%.

According to Deloitte, gender diversity in a manufacturing environment offers “an improved ability to innovate, higher return on equity, and increased profitability.” This is supported by the Manufacturing Institute that notes “diverse companies outcompete those that lack diversity. Further, a study conducted by the Boston Consulting Group  that analyzed 1,700 different companies across eight countries that varied in industry and size, found “companies that have more diverse management teams have 19% higher revenue due to innovation.”

How can your manufacturing business encourage and engage more women? Contact Polaris MEP for ways we can help you strategize the best pathway for you.